Athletic Club decided to present Paolo Maldini with the second One-Club Man award. This award recognizes those players outside Athletic Club who have spent their entire careers at the same club. Former defender Maldini was with AC Milan from 1984/85 to 2008/09.

Maldini received the award on Sunday May 1 at San Mamés, during the half-time interval of the match between Athletic Club and Celta Vigo. 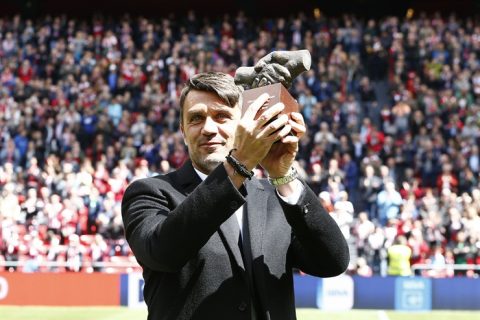