A deal has been agreed for the midfielder to join the Lions on from loan Paris Saint-Germain, with the option to purchase

Athletic Club and Paris Saint-Germain have reached an agreement for Ander Herrera to join the Lions on loan for this season. The deal includes an option to make the move permanent in 2023-24.

The Bilbao-born footballer arrives from Ligue 1 champions Paris Saint-Germain, where he has made 95 appearances and scored six goals over the last three years.

This will be Ander’s second spell with Los Rojiblancos. The central-midfielder first moved to Athletic from Real Zaragoza in 2011/12. Herrera scored 11 times in 128 matches at Athletic, helping the Lions reach the Europa League and Copa final in 2011/12 and qualify for the Champions League under Ernesto Valverde in his third and final season in Biscay. 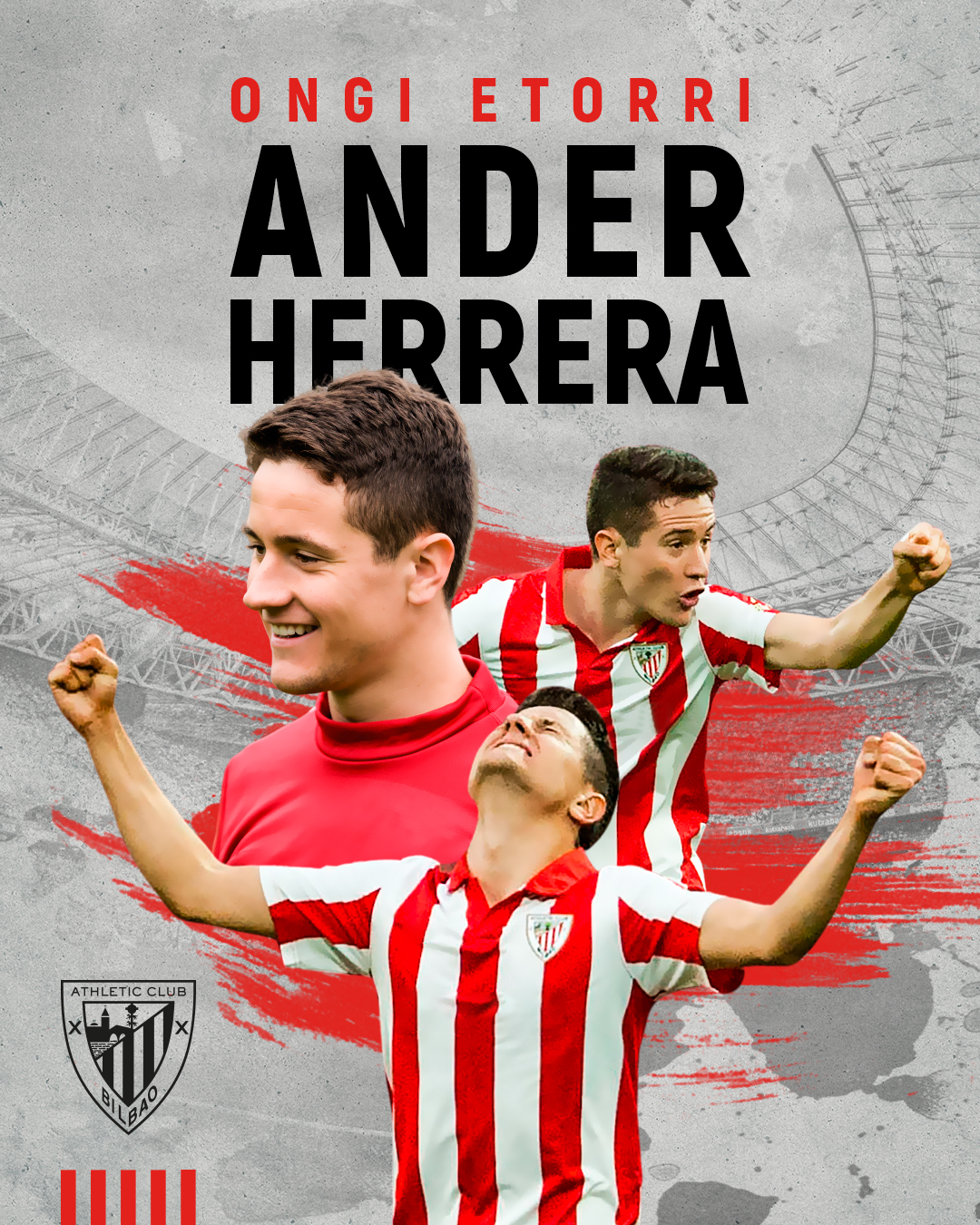 Raúl García: “This is a long-distance race, I feel strong”

Valverde: "It's a good starting point"

An Oihan Sancet hat-trick and a Yeray strike put Cadiz to the sword, as Athletic bounce back in style

Valverde: "We have to end this bad run in LaLiga"

Relevant information for anyone attending Athletic vs Cádiz CF at San Mames on Friday night (21:00 CET)

When and where to watch Friday's LaLiga clash at The Cathedral