​The Lionesses draw Madrid CFF in Copa Round of 16

The Lionesses draw Madrid CFF in Copa Round of 16

The single-legged clash will take place in Madrid on January 10, 11 or 12

Athletic Club will face Madrid CFF in the last 16 of the 2022-23 Copa de la Reina. After finishing in the top-eight of the league last season, the Lionesses enter the competition in this round

The single-legged clash will take place in Madrid on January 10, 11 or 12 (time and date to be confirmed).

Maria Pry's side are fourth La Liga F with 19 points after six wins, one draw and two defeats. What's more, they are visiting Lezama soon, on Saturday, December 3 at 16:00 CET.

This is their first encounter in the Copa, but the two sides have met on 10 occasions in the league, with Athletic winning six and drawing four times.

Their most recent official clash in Madrid took place last season, Athletic emerging with a 0-2 victory thanks to goals by Garazi Murua and Ane Azkona. 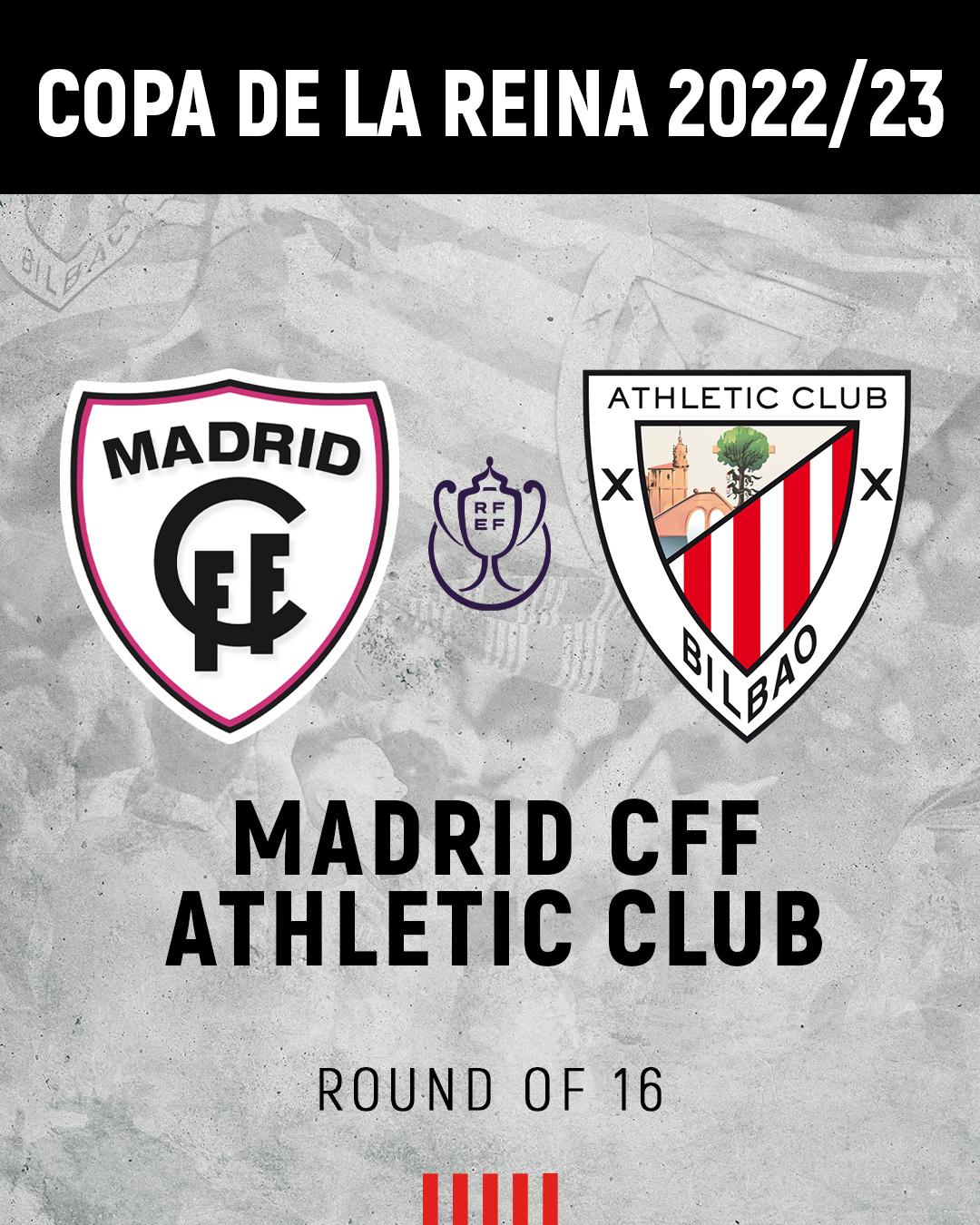 Related News
See all the news

Bibiane and Oihane called up to Spain squad

It's the centre-back's first inclusion in Vilda's squad, while the full-back has become a regular in recent squads

Nekane gave Athletic the lead, but the home side took all three points in Murcia

Lionesses through to quarter-finals