After starting in Sunday's LaLiga match against Real Mallorca at San Mamés, Iker Muniain has reached 500 official matches with Athletic Club. At 29 years old, the playmaker now joins an exclusive group of just six footballers who have made 500 or more official appearances for Los Leones: Iribar (614), Rojo I (541), Etxeberria (514), Iraola (510) and Susaeta (507). 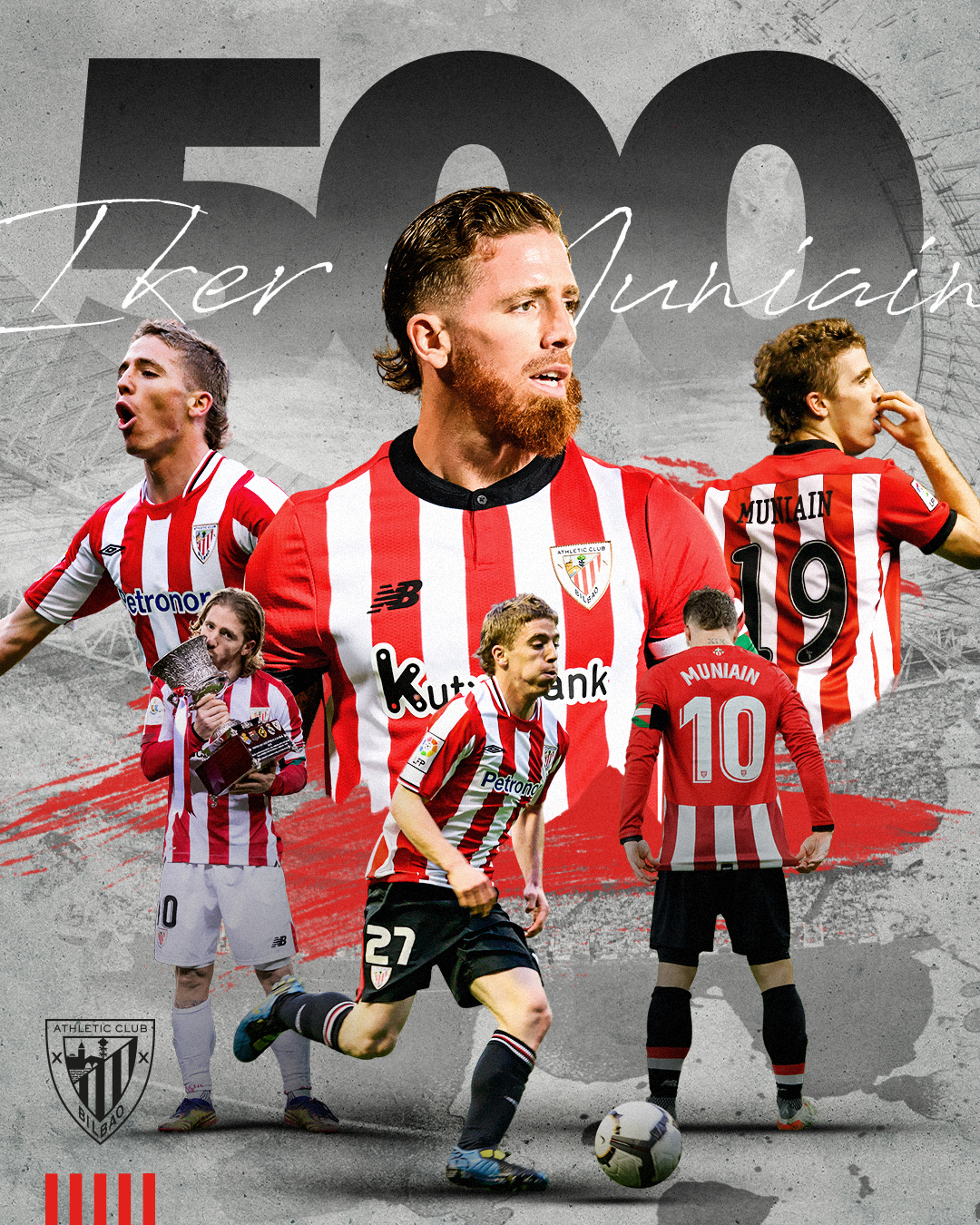 Muniain joined the club as a 12-year-old, with Athletic's world-renowned academy Lezama helping to shape him both as a person and a footballer. Iker played his first official match for Athletic on July 30, 2009 as a 16-year-old, coming on as a second-half substitute against Young Boys in the home leg of our 2009/10 Europa League qualifier.

Fourteen seasons later, and with two serious injuries in between, he has reached the milestone of 500 appearances. Athletic's no.10 has scored a total of 71 senior goals, those strikes coming in LaLiga, the Copa, Champions League and Europa League.

A breakdown of Muniain's appearances for Athletic so far::

The six players with 500 or more official appearances for Athletic Club:

Both players remain apart from the team